Russian Consumers Have Most Colorful Taste in Automotive Paint in 2012

Recently, one of my colleagues here at Automotive IQ laughed about the rather extravagant name used by the official dealer literature to describe the color of my car – Nautic Blue Pearl.  In fact, dark blue probably would have sufficed. This exchange caused me to do a bit of research on naming conventions used by car companies for their color pallets.

It turns out that there is a very comprehensive book published, entitled: The Anthropology of Color. One of the contributors writes that based on a survey of Swedish newspaper advertisements and car manufacturer brochures, there were no less than 150 complex color names listed. That is a far cry from Henry Ford’s infamous quote that, “Any customer can have a car painted any color he wants so long as it’ s black.”

Automotive painting has undoubtedly advanced in strides since the time of the Model T with the utilization of anti-reflective coatings, processes that improve paint adhesion, and even self-healing paints that use polymers activated by sunlight to repair scratches. But why is dark blue called Nautic Blue Pearl? 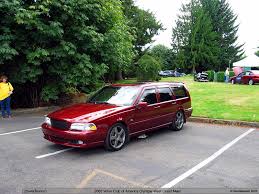 One explanation offered by The Anthropology of Color is color symbolism – the concept that people associate certain colors with status and mood.  Therefore, colors with noble names such as Classic Green, Diplomat Blue, and Imperial Red imply status. Logically, this would imply that luxury car makers would have more detailed and elegant names for their paints. Historically, there is evidence that this was indeed the case though the concept is now shared by cars traditionally in non-luxury segments. There is no evidence that the status-filled paint color names have improved the actual brand status of less expensive cars.

Regardless of the semantics a brochure uses to name a car’s paint color, there are very real trends in car buyer preferences. Dupont tracks consumer color preferences with their yearly paint survey. Traditionally, during an economic recession, car buyers tend toward conservative colors such as black, white and silver. When times are more prosperous, yellows, oranges and reds make a comeback.

The following graphics are from the 2012 Survey:

Predictably, the conservative colors were at the top of the charts for 2012 in both Europe and North America.  Interestingly, less conservative car colors had a much better showing in Russia than other parts of the world.

Interested in Automotive Paint Technology? Check out our Conference in Stuttgart, Germany between February 19 – 20, 2013. Among the many interesting topics, Mercedes will be presenting on Color Development at Mercedes Benz – in the past, in the present and in the future. Click here to learn more.

Will Hornick is the Managing Editor of Automotive IQ

Posted in ALL, Chassis